The Miracle of Laughter. Saint Anthony by Bordalo

3 € (includes the visit to the Museum)

The Museum of Lisbon - Saint Anthony presents the exhibition The Miracle of Laughter. Saint Anthony by Bordalo between 24 February and 22 May. In partnership with the Bordalo Pinheiro Museum, this exhibition reveals the «happy encounter between our funniest artist and our most beloved saint».

One can't think about Rafael Bordalo Pinheiro without recalling Zé Povinho, the popular figure created by the caricaturist in 1875. What many people do not know, however, is that the first representation of Zé Povinho was created by Rafael Bordalo Pinheiro for the cartoon P'rá cêra de Sant'Antó [For the Wax of Saint Anthony], published on 12th June 1875 in A Lanterna Mágica, the caricaturist's first satirical newspaper. This was the beginning of a long and close relationship between Bordalo and Saint Anthony, as evidenced by this exhibition.

Pedro Teotónio Pereira, coordinator of Museum of Lisbon - Santo António, points out that «the strong presence of Saint Anthony in Bordalo Pinheiro's work allows to understand the importance of the saint in Portuguese culture over the years. The use of Saint Anthony's image in political criticism confirms his wide popularity and recognition, and many of the feasts and traditions dedicated to the saint, which Bordalo illustrated so well, are still practiced today».

Pedro Teotónio Pereira also highlights the timelessness of Rafael Bordalo Pinheiro's work: «Drawings of Saint Anthony by Bordado Pinheiro and his closest colleagues are unexpectedly contemporary and illustrate gestures and rituals that are deeply meaningful to the identity of all Lisbonites».

João Alpuim Botelho, director of the Bordalo Pinheiro Museum, highlights how Saint Anthony inspired the artist's work: «Rafael Bordalo Pinheiro's daily experiences fed the vein of humour with which he filled the pages of his newspapers. A born Lisbonite, popular festivities and devotion to Saint Anthony in the month of June were one of his favourite themes: inspired by the festivities associated to the cult of the Saint, he would create amusing metaphors that satirised the social and political life in our country. It is a happy encounter, which we share with the visitor, between our funniest artist and our most beloved saint. A Miracle of Laughter!»

Organised in three sections (700th Anniversary of St. Anthony, 1895; The Many Sides of St. Anthony in Politics; and Lisbon Festivities), the exhibition presents Lisbon's saint through the humorous eye of Rafael Bordalo Pinheiro (1846-1905), mainly through his graphic work, but also in ceramic pieces designed by the artist, Manuel Gustavo Bordalo Pinheiro (1867-1920) and Celso Hermínio (1871-1904). 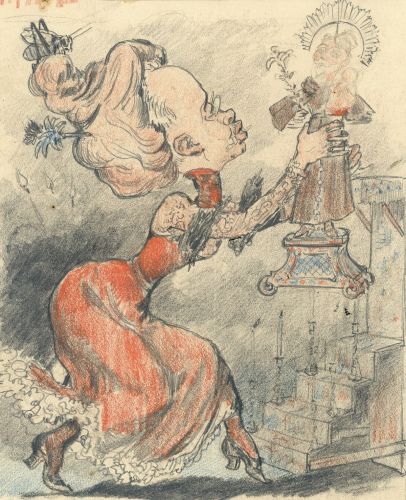 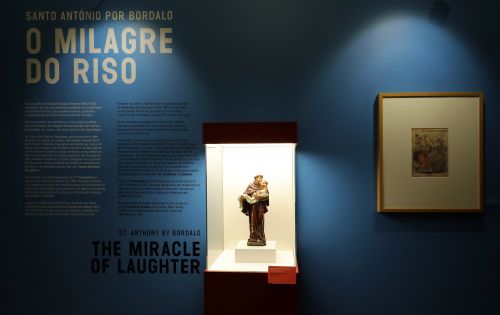 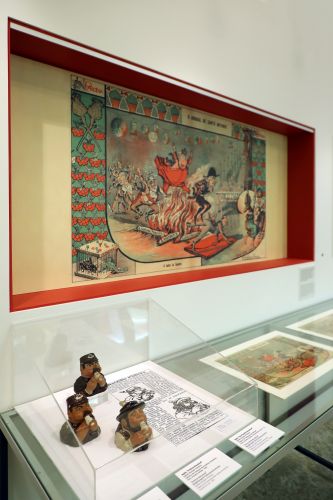 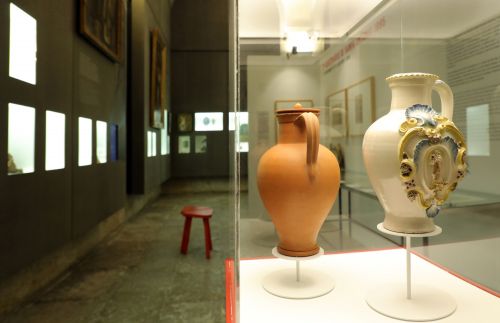