Discovered under the streets of downtown Lisbon (Baixa Pombalina) in 1771 following the earthquake of 1755, this Roman structure is what is known as a "cryptoporticus", an architectural solution that created a horizontal support platform in an area where slope stability was an issue, thus allowing the construction of buildings of great dimensions, usually public buildings.

The presence of an inscription dedicated to Aesculapius, the god of Medicine, confirms the public nature of the building under which the galleries were originally found. This inscription is currently held in the Portuguese National Museum of Archaeology.  Carved onto one of the sides of a block of limestone and dated from the 1st century BCE, this Roman inscription was made in the name of two priests of the Imperial cult of ancient Rome and of the city Felicitas Iulia Olisipo, the name given to Lisbon at the time.

In the early 20th century, these galleries were known as "Conservas de Água da Rua da Prata" [Rua (Street) da Prata Water Preserves] due to being used as a cistern by the local populace. When the monument is closed, the water table is more than one metre deep, coming from an aquifer running beneath the city. It is thus necessary to pump the water out and clean the space to provide safe access to the interior of the monument.

The Museum of Lisbon opens the galleries only twice a year (in April and September) because the levels of humidity and water inside the galleries are essential to their preservation and must be kept stable.

The Roman Galleries can be visited on these limited occasions thanks to the joint efforts of the Lisbon City Council, EGEAC, Museum of Lisbon, Lisbon Fire Department (RSB), Municipal Police, Lisbon Archaeology Centre (CAL), Municipal Directorate for Mobility and Transport, Electric and Mechanical Services and Santa Maria Maior parish council. 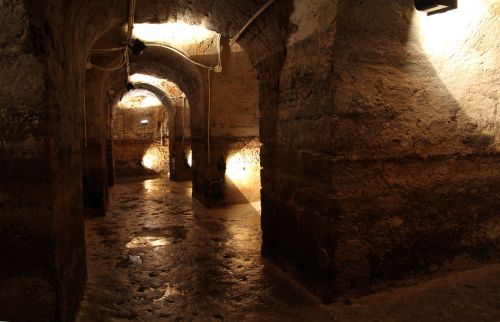 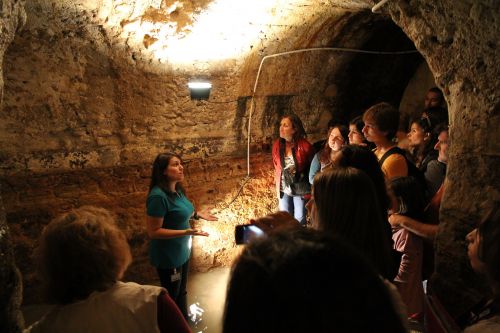 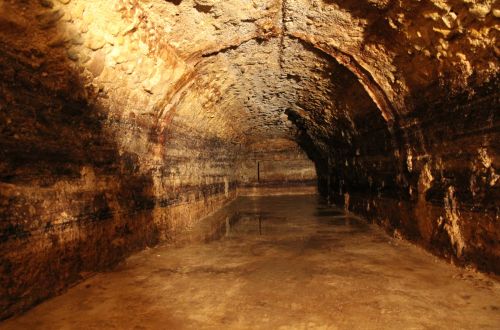 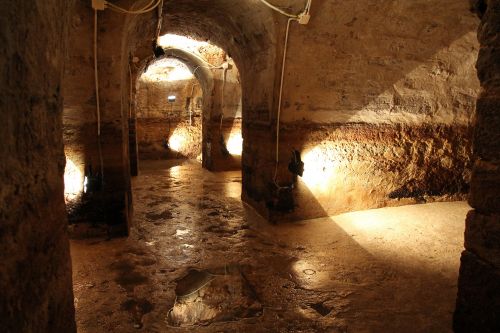 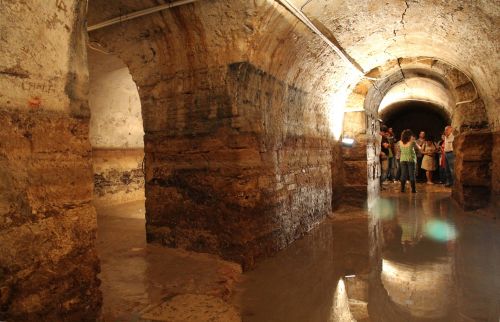